Workshops at the Fair

The Maine Artisan Bread Fair is one of a kind. It is a fair dedicated solely to real bread and everything associated with this most ancient and central staple. The Maine Grain Alliance has sponsored the Bread Fair for twelve years and the offerings have grown each year.  While you will be captivated by the wares in each booth, you will also be able tantalize your taste buds as you sample foods ranging from pizzas cooked in wood-fired ovens, fresh sourdough loaves, sweet pastries, and a variety of other locally produced delicious food. 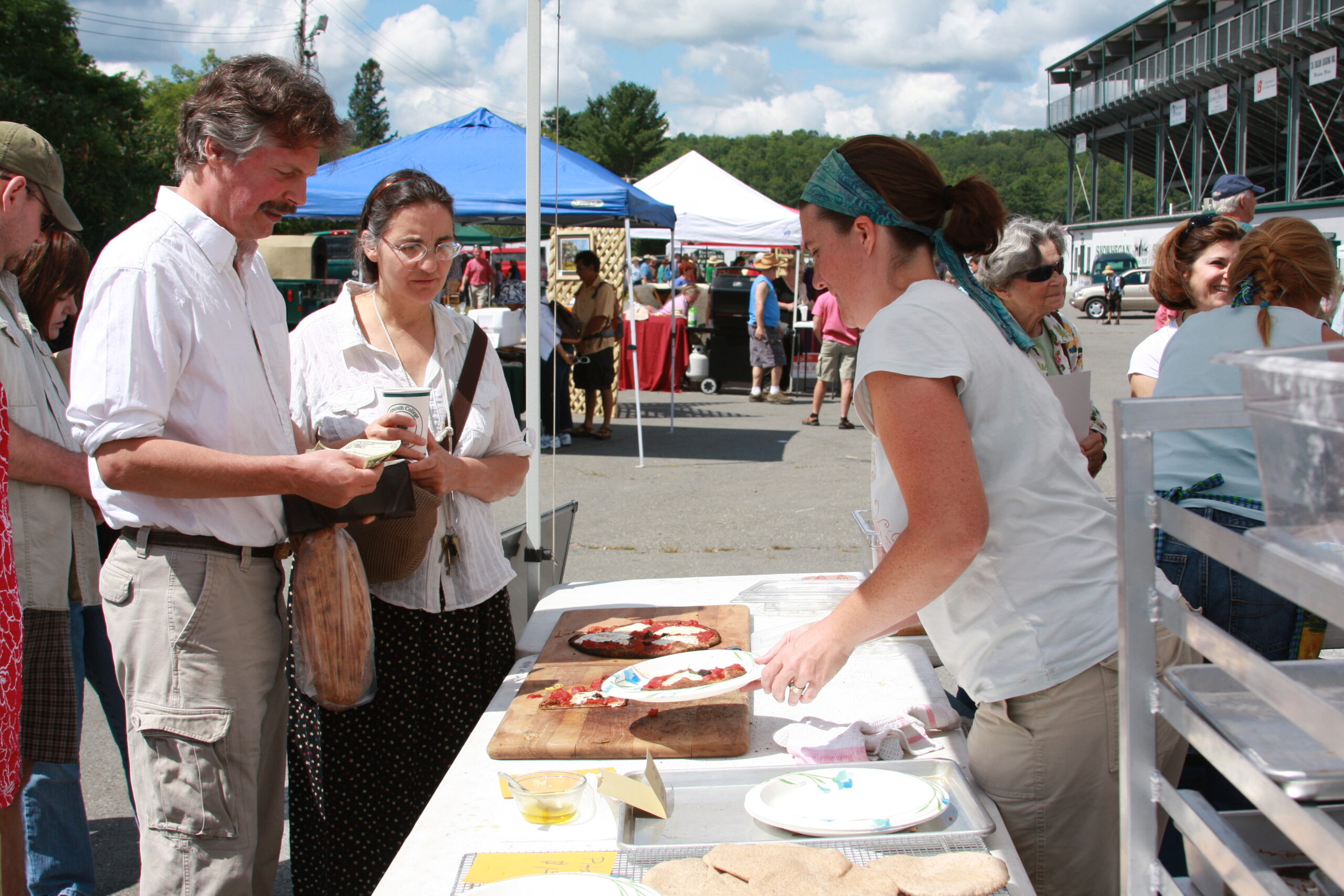 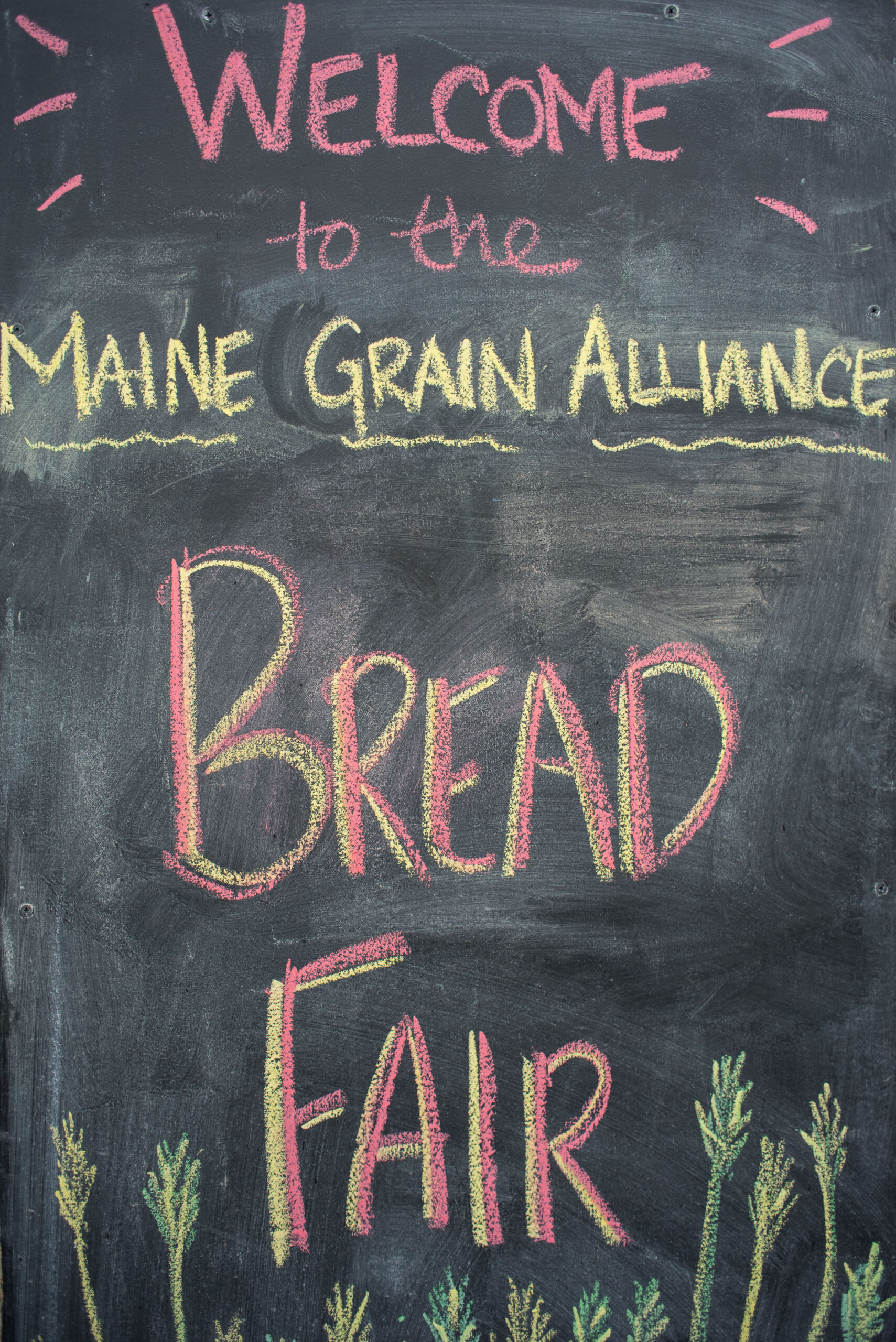 COST: Free! Everyone is invited, and we encourage you to bring your family and friends to enjoy

Vendors: Over 60 vendors await you at the Artisan Bread Fair. Please see the list below, continually updated.

2022 Bread Fair Made Possible Through Generous Sponorships From:

1. The ABF does not permit pets on the fairgrounds or in the parking area. Animals left in cars or tied up may be removed by the local animal control officer.

2. ABF enforces Maine laws prohibiting public drinking of alcohol and use of illegal drugs on the fairgrounds.

3. Audio and video devices are prohibited unless they are part of an approved demonstration or display.

4. Littering is prohibited. Please control all waste and convey it to the receptacles provided throughout the fair and police your area at the end of the day.

5. ABF assumes no liability for damage to or loss of personal property. 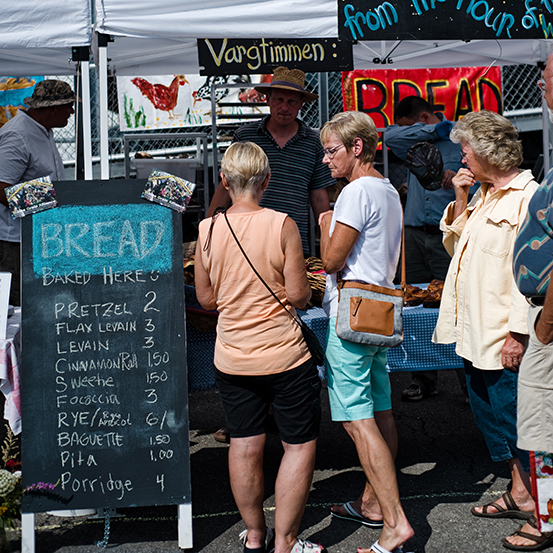 Check back soon for workshops happening at the fair. 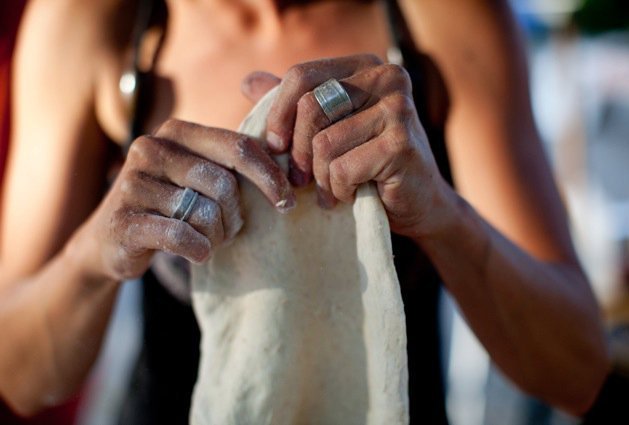 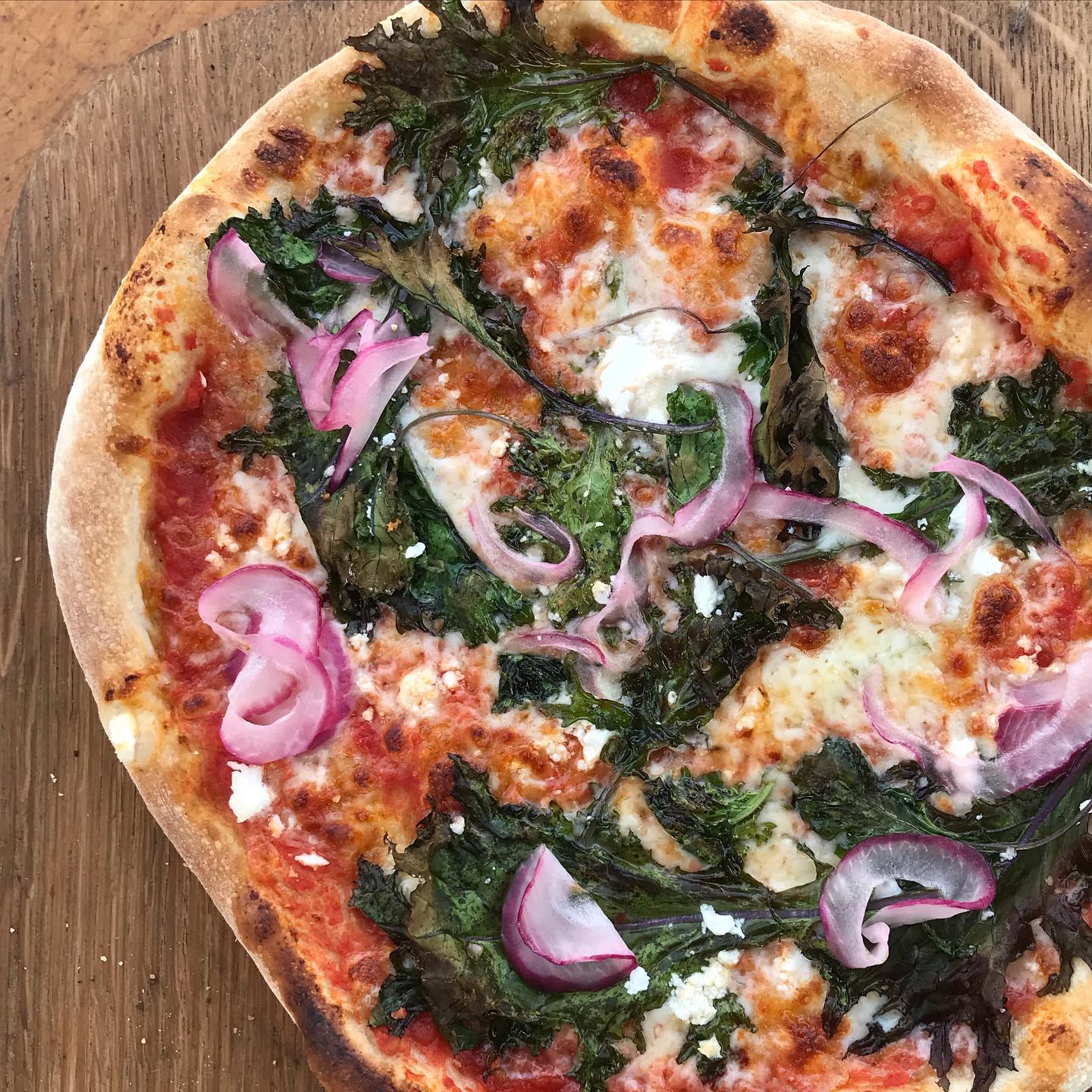 Get your hands in the dough with founder of Uproot Pie, Jessica Shepard as she shares her techniques and tricks for making mouth watering wood-fired pizza.  Jessica will cover everyting from stretching dough to choosing the perfect toppings and cooking the pizza to perfection.

With a passion for sustainable food, wood-fired ovens, and midcoast Maine, Jessica Shepard is proud to bring you The Uproot Pie Co.,  a mobile wood-fired pizza oven.

A 2004 graduate of Western Culinary Institute in Portland, OR, Jessica spent her immediate years after school baking in wood-fired ovens from a small town in North Carolina to the big city of Portland Oregon.  In Flat Rock, NC she set up in an old chicken shack (fixed up a bit of course) in the back of the bakery and set to spending hours upon hours watching and learning from owner/baker Scott Unfried.  Later the bakery expanded to a restaurant where Jessica shifted gears to pastry chef and created the dessert menu for West First, a wood-fired restaurant. A year and a half later she traveled back to Portland, OR and connected with a mobile wood-fired pizza vendor Mark Doxteder of Tastebud where she learned you can put just about anything in a wood-fired oven!  Heading into her third summer in the Rockland area she decided to take things into her own hands and with the creative talents of a local artist and sculptor, Andy White built a mobile wood-fired oven for the summer market season, catering, and local festivals here in the midcoast.  Embracing The Uproot Pie Co. she is moving forward into a forever mobile life here in Rockland! 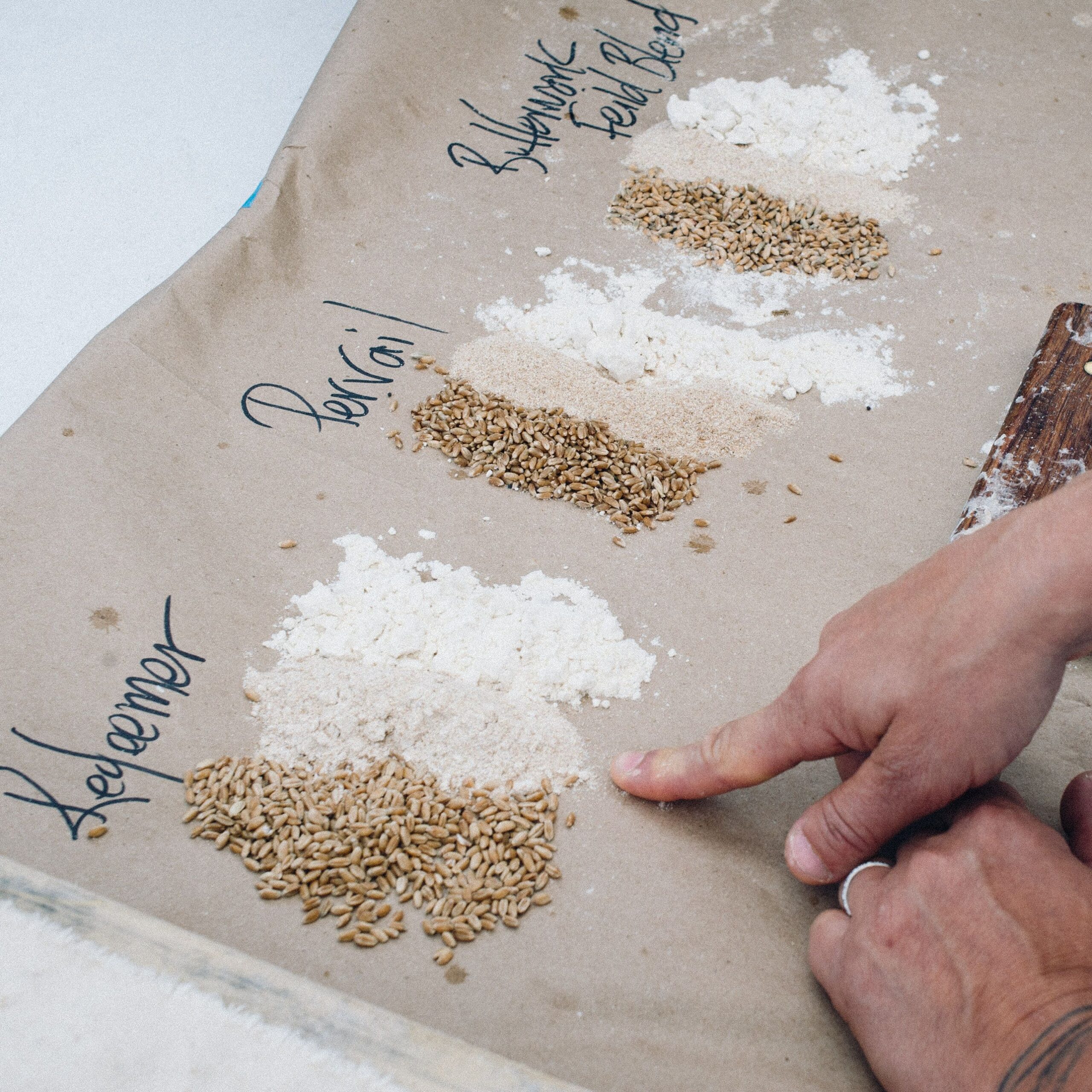 Whole Grain Baking: How to incorporate them into your baking

Join Mike as he holds a discussion on whole grains, and how to use them effectively in baking. He will discuss the different terminology associated with whole grains, as well as comparing industrial bread standards for whole grain breads. Learn how whole grains influence gluten development, hydration ratios, and flavor profiles of bread. Using the products of his bakery, Mike will illustrate these differences and hopefully clear up some confusion around the term whole wheat and white breads — the world of baking simply isn’t as simple as that dichotomy makes it out to be.

Michael Hicks owns and operates Expanding Circles Bakery in Tallahassee, Florida. Expanding Circles Bakery focuses on naturally leavened breads and pastry made with seasonal, local, and organic ingredients. Michael was inspired to become a baker after multiple trips to Europe and realizing just how low our bread standards are as Americans. This exposure to amazing bakeries, as well as a dedication to local food communities and food education fuel Michael in his journey through baking and business. Currently the bakery is in the process of transitioning from a shared commercial kitchen space to a brick and mortar location opening this fall.

Some Reel People is a joyous and ever-evolving traditional country dance
band from the Dexter area, playing jigs, reels, waltzes and polkas.
Their combined sound of fiddles, guitars, mandolin, banjo, bass, cello,
accordions, and recorder will make you want to dance! We are the house
band for the Central Hall Commons Contradances in Dover-Foxcroft, and
play other dances and concerts at various venues around the area. 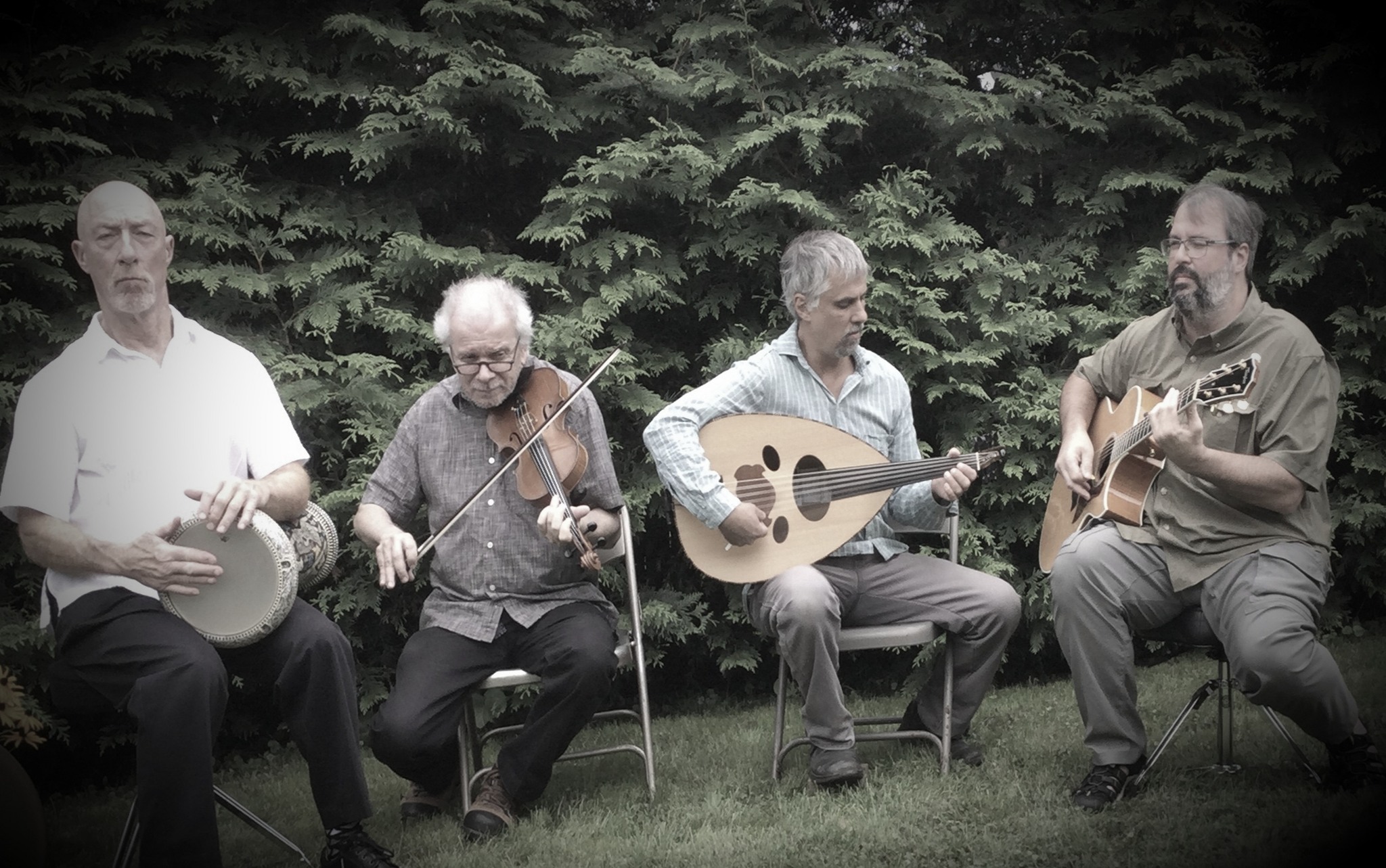 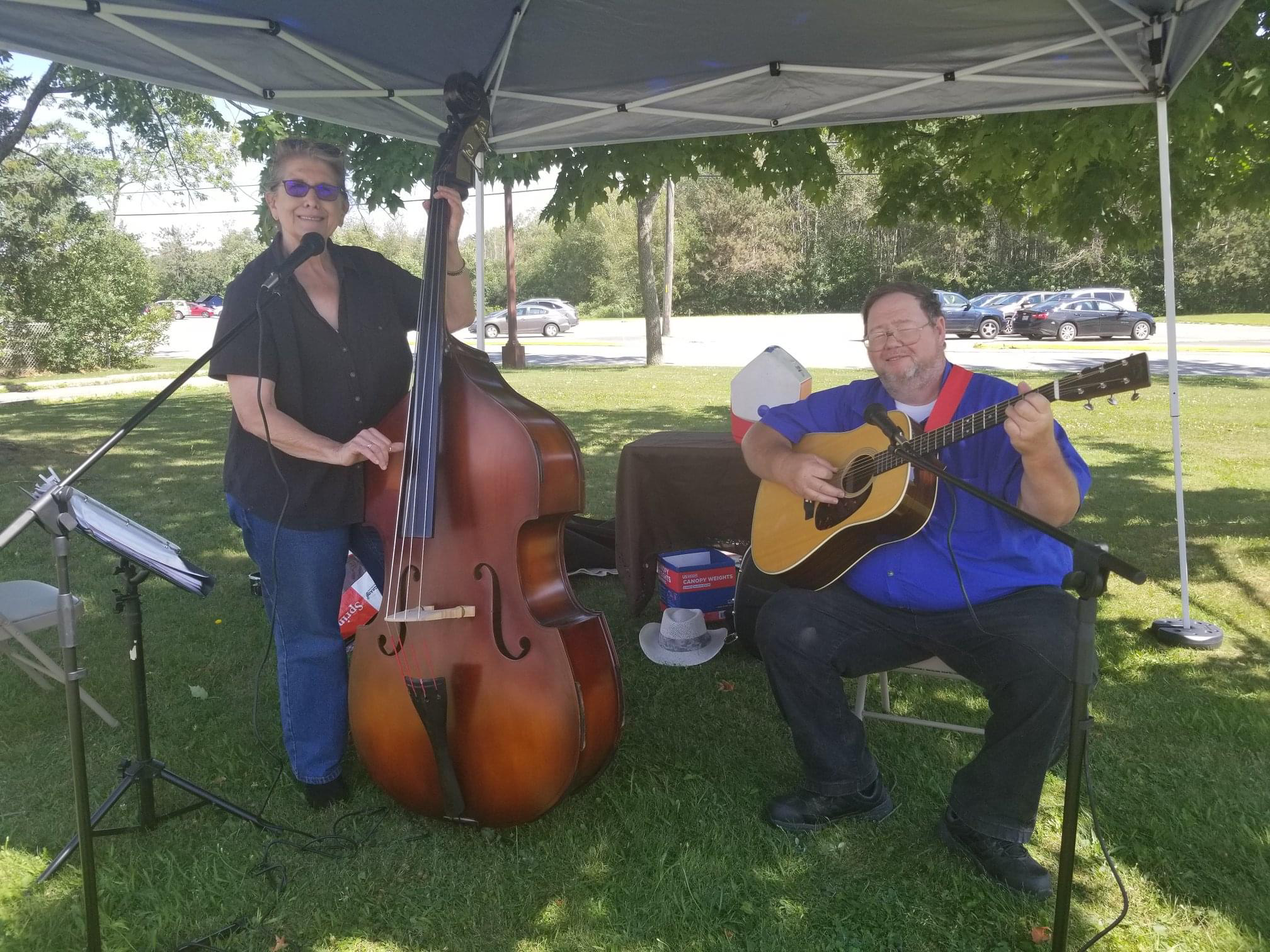 Fred Pike, Jr. was born in  Providence, R.I.  July 26, 1963. He is the son of the late Sylvia and Fred Pike, Sr. of Bluegrass Fame. He came to Cambridge, Maine in the mid Sixties. He grew up and attended school in area. He married his wife, Mary,  in 1997 and has two children, Martin and Cassandra.  With a lot of hard work and hours of practice he plays, guitar, mandolin and bass. He has played with such notables as Brian Mason, Bill Smith, The Foster Sisters and Bob & Grace French and the Rainbow Valley Folks. At this time Fred is also playing with North Bound Express.

Deb was born in Skowhegan ,  Maine, October 18,1950. She grew up in the Dexter, Maine area. Deb married Del Burdin in 1970 and settled in Cambridge, Maine. Deb went to her first Bluegrass festival, The Salty Dog, in the mid 90’s and was hooked on the music. Deb eventually took over the Northern Bluegrass jams for the Bluegrass Music Association of Maine. She became interested in learning to play, bought a guitar and that is where it all began. Deb discovered her singing voice. She switched to upright Bass. Deb also played with Bob & Grace French and the Rainbow Valley Folks.

At this time Fred & Deb play 25-35times a month at Nursing Homes & Assisted Living plus a few Bluegrass festivals and shows. 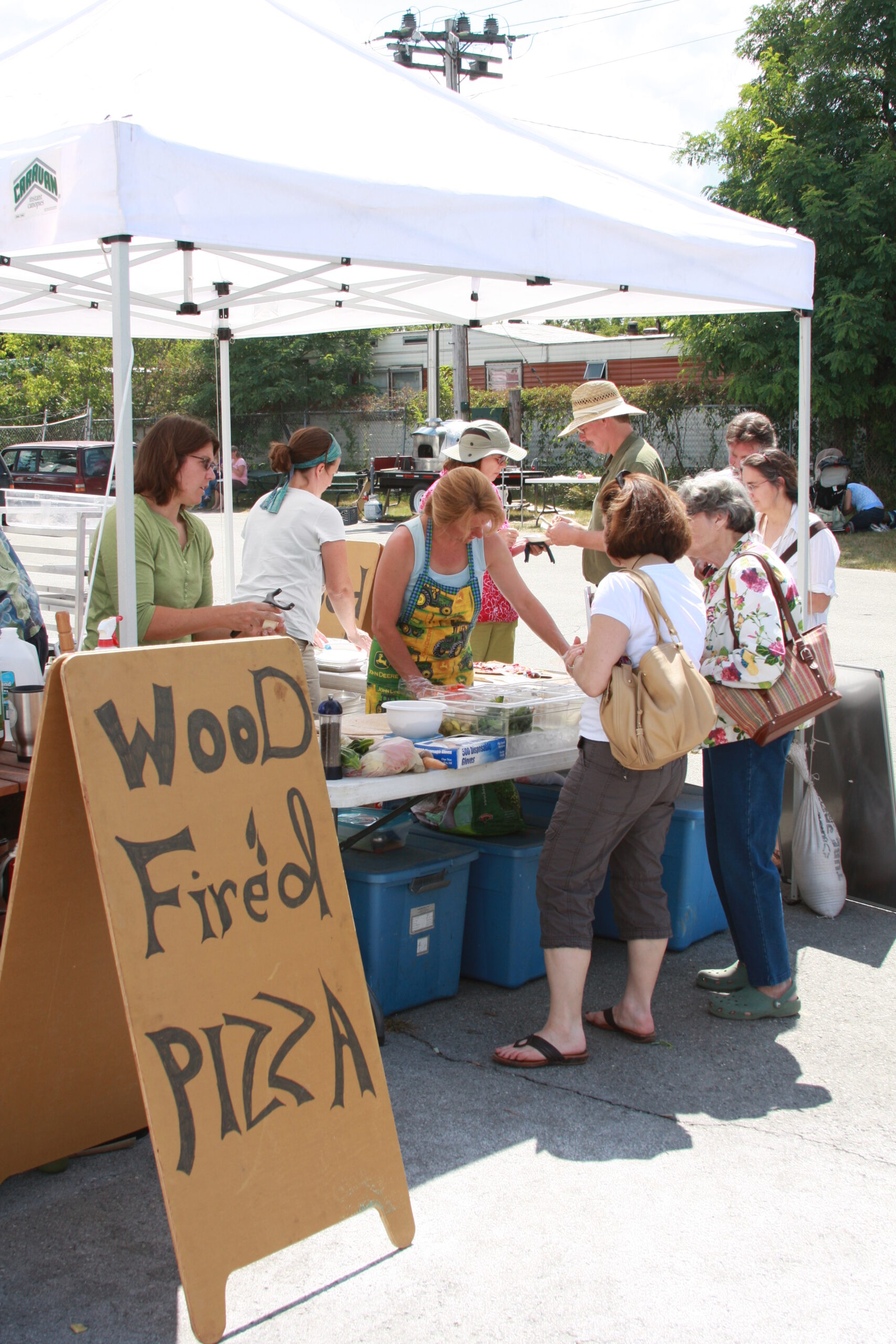 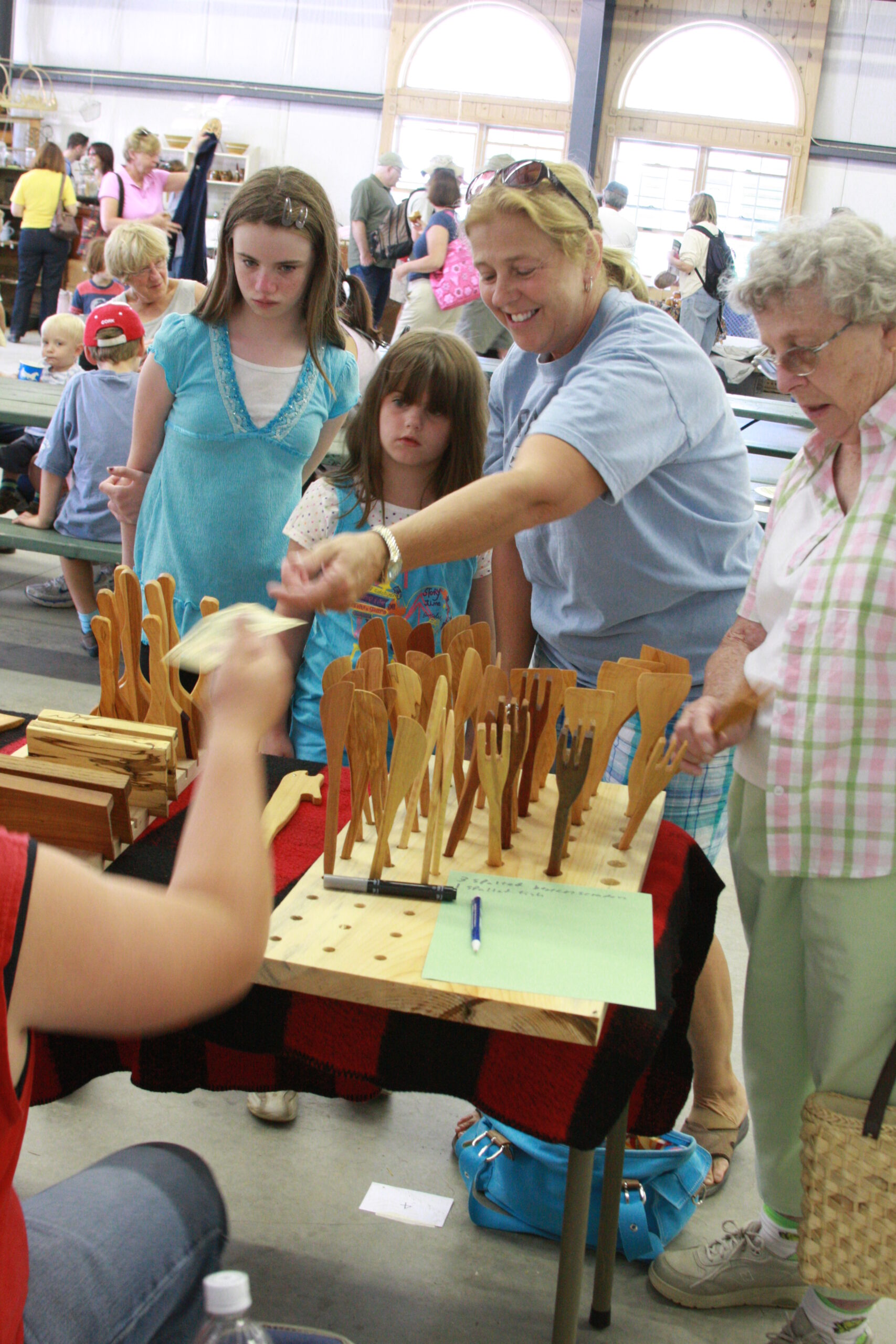 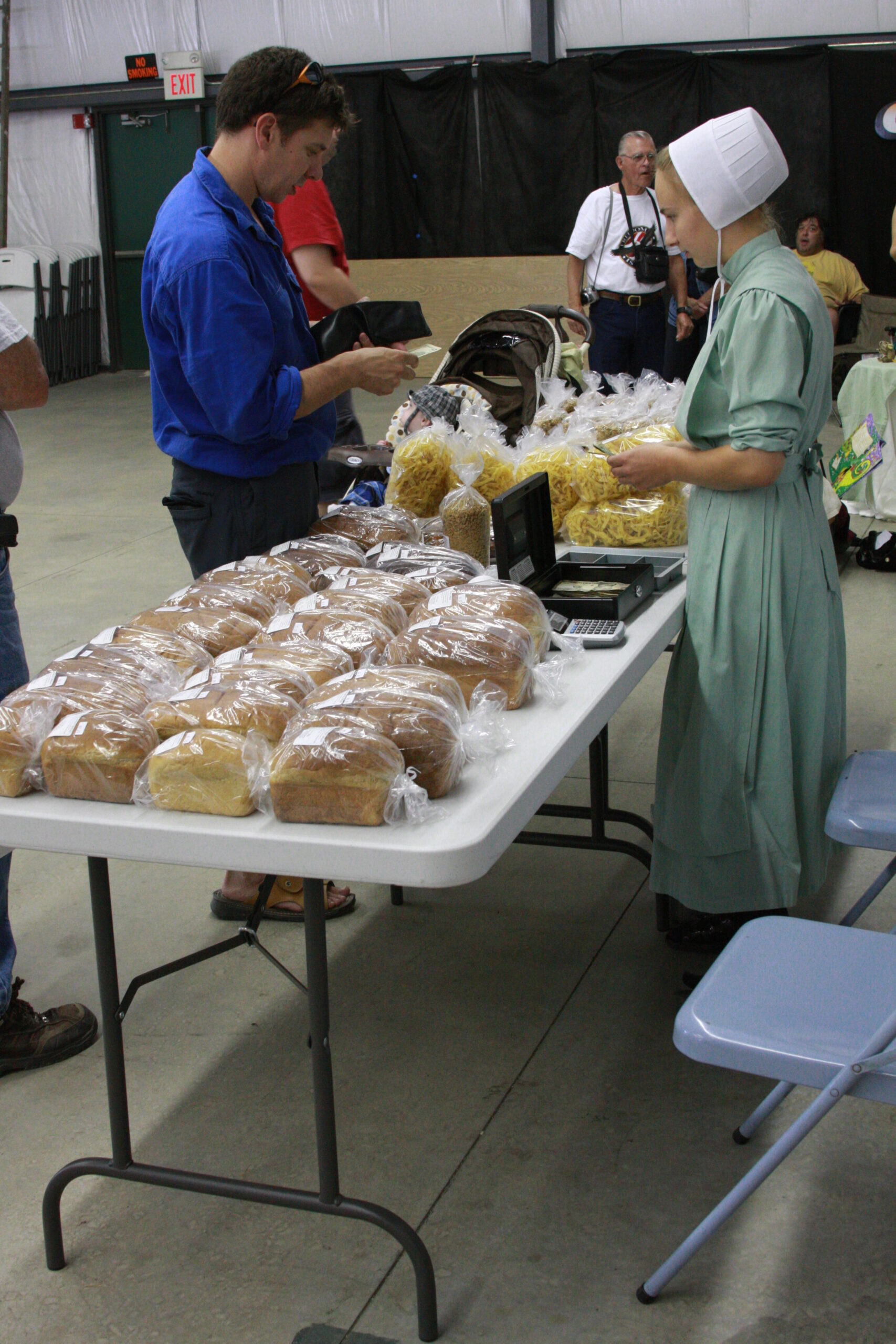 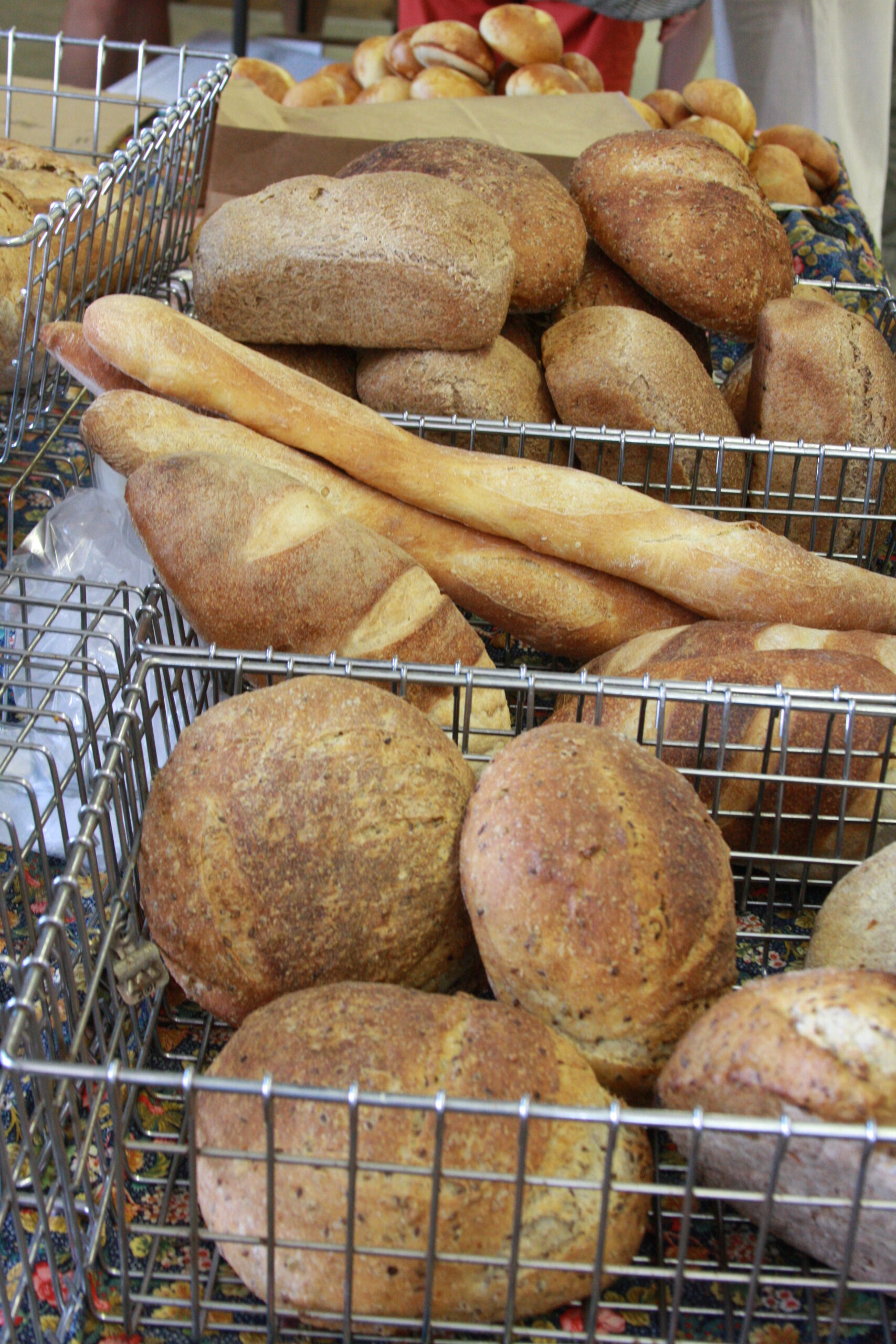 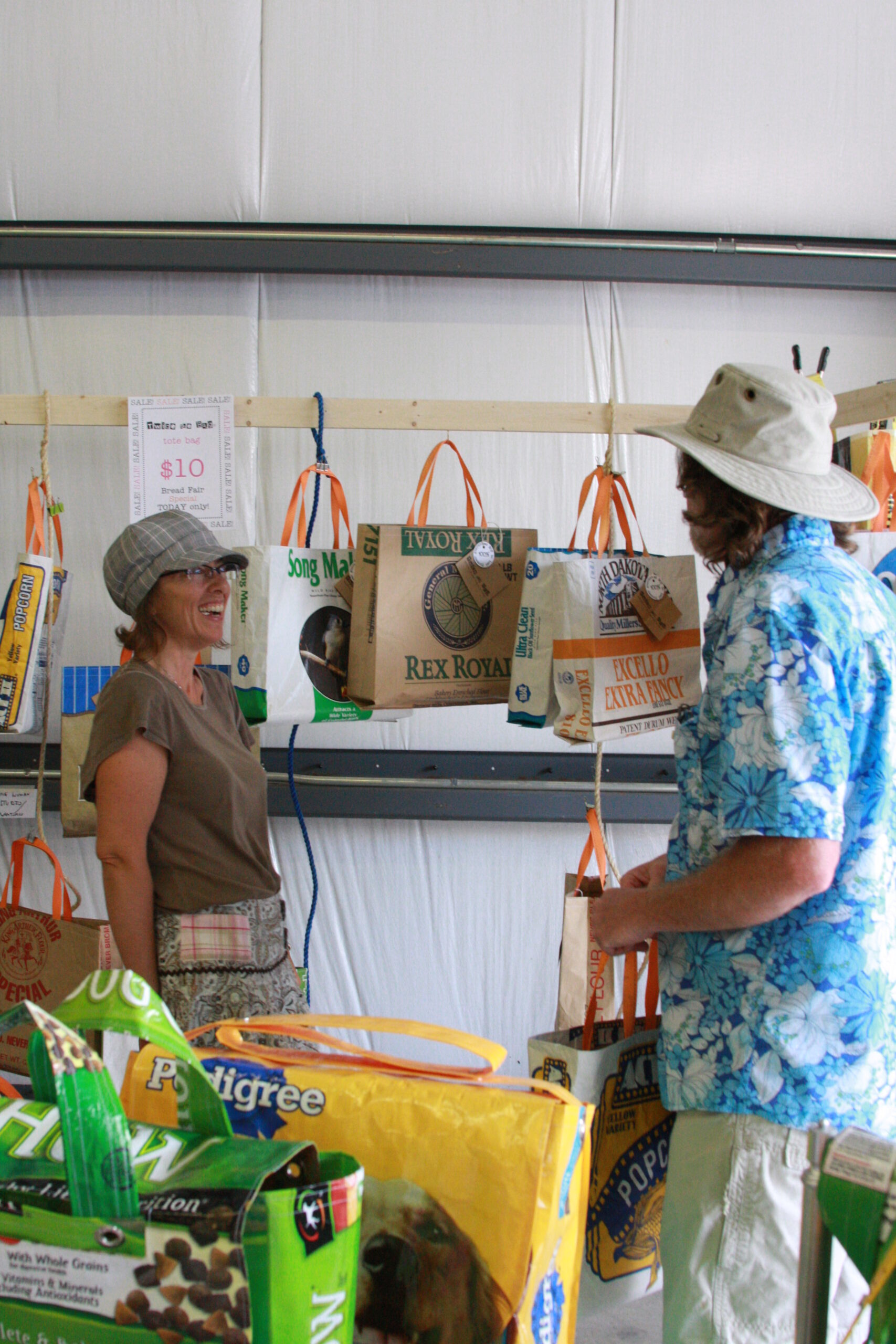 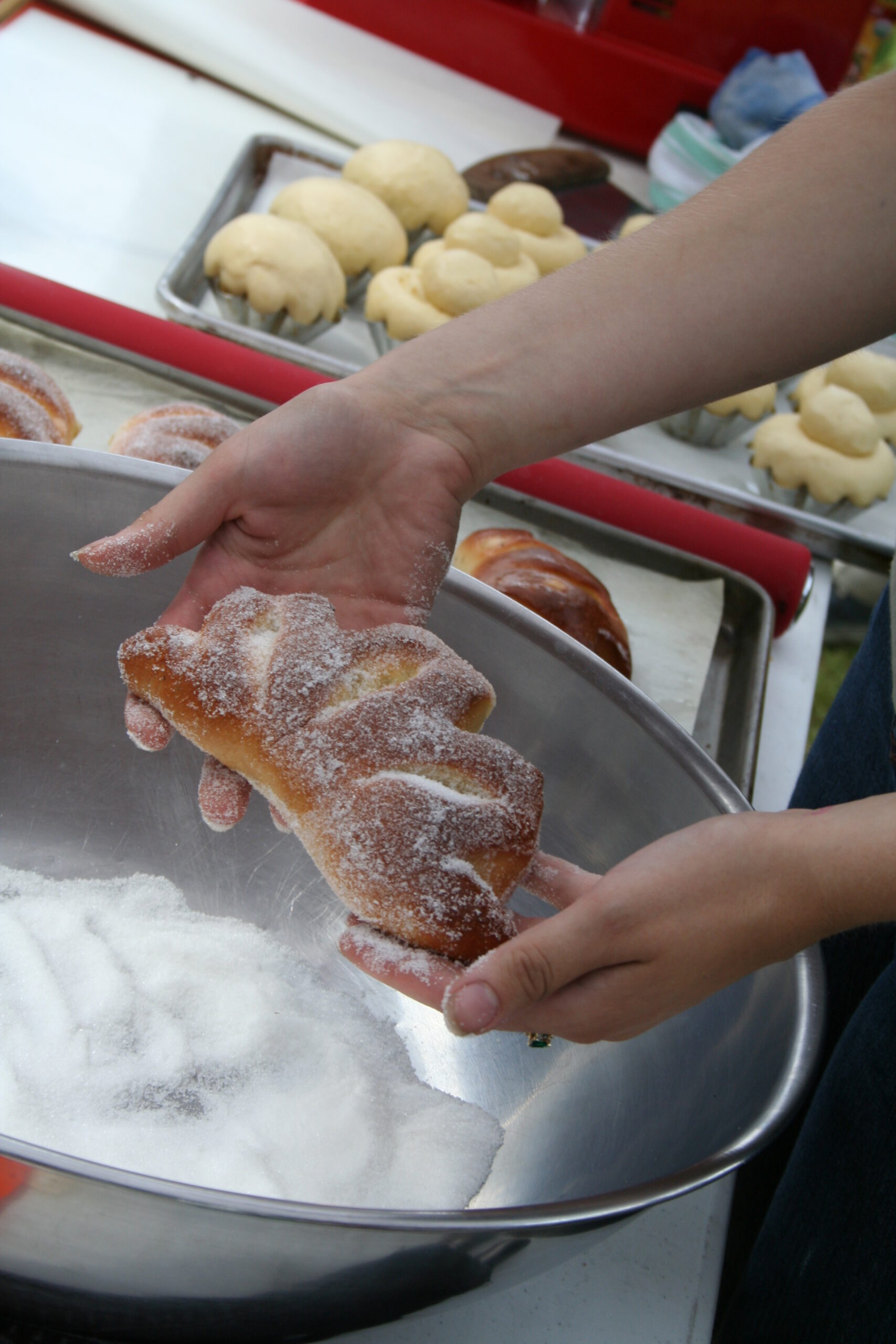 Appropriate Applicants and Criteria:
Food Vendors:
Bakers of artisan breads of all kinds. Bakers must produce their wares in the State of Maine, with
at least a portion of the process done by hand. There is no restriction on the type of flour used,
but if possible, use of locally grown grains where possible would be appreciated. Local grain
production is part of the overall mission of the Maine Grain Alliance which sponsors the
Kneading Conference and the Fair.
If you are going to be selling food, you MUST produce your wares in a State Certified manner
and this is your responsibility.
Bread Fair Guidelines
Setup time: The grounds will be open at 7:00 A.M. and the fair will start promptly at 9:00, July 29th.
Fair Director: Dusty Dowse, [email protected]
Vendor Coordinator: Patti Dowse [email protected]

Please complete the online vendor application, or:
Download and mail your application to:

We will assess applications upon receipt, and quickly alert everyone with the results as soon after April 24th as practicable. Space allowing, we may accept applications after that date.