How Corn Can Heal 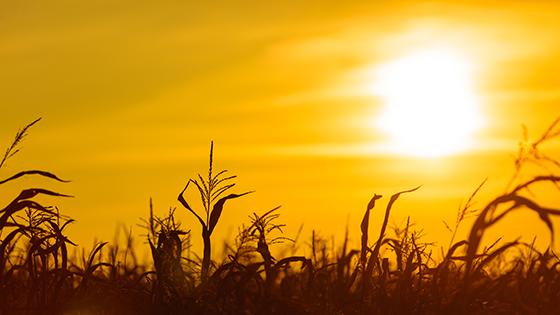 Albie Barden, a Maine Grain Alliance board member, was recently invited to attend a sacred event in northern Maine. The intention of the event was to heal old wounds between Native Americans and non-natives that were initiated hundreds of years ago. It is believed that with healing and coming together all cultures can take on the task of caring for the Earth and Waters in a sacred way. There were many workshops and ceremonies over the course of the event, which gave instruction on how to do this. Albie said it boiled down to a “refocusing energies” from material consumption to living a simpler life in closer relationship to the earth.

To prepare for the event Albie sourced l00 pounds of donated corn meal from Maine Grains, thirty pounds of corn meal from Songbird Farm, and eighty pounds of Abenaki Flint still on the cob. With a group of volunteers, he was able to bake one thousand servings of corn bread using Maine Wood Heat’s shop oven.

After the corn bread was baked, Albie left for northern Maine. He set up a booth with the Maine Grain Alliance mobile oven and two pop-up tents, which sat opposite the field kitchen. The corn bread was served on Friday and Saturday night; it easily fed 600 servings with leftovers available the following day.

On Friday morning, Albie attended a sunrise ceremony, led by a Seminole elder and shaman. Following the ceremony, Albie fired the oven and made Jonny Cakes for nearly seven hours. He had crowds forming in front of him, all wanting to try the Jonny Cakes with local syrup. Attendees were enthralled with the history of the Jonny Cakes and the corn that was being used to make them.

On Saturday morning, Albie had run out of the 30 pounds of corn meal that he ground himself, and switched to the balance of corn meal that Maine Grains had donated. He proceeded to make another big batch of Jonny Cakes, most of which were disappearing before his eyes – at this point, he had quite the following. A lady named Angel from Indian Island approached Albie and said that she dreamed of having her own bakery. She had heard about the Kneading Conference but financial restrictions stopped her from attending. We’re pleased to report that Angel was able to attend the 2017 Kneading Conference using a scholarship she received from the MGA.

Albie had many people coming through his booth. A few people stopped to tell him stories of their own. He was gifted sacred corn from two participants. One was a four-cob bundle of Guatemalan blue corn, which was used in sacred ceremonies before being grown out in Maine. Another variety came in a sacred red felt cloth. The woman explained how precious it was. The corn was an early corn variety as every kernel was still wrapped in its own husk. She peeled off a single kernel, explaining that when released from the cob the kernel would look exactly like a bird, which it did. She challenged Albie to grow out this single kernel and see if he can get it to multiply. Albie has made plans to start the kernel in a controlled environment next year. Albie also sent several Native Americans in attendance home with gifts of corn to plant. Both of the traveling shaman requested gifts of corn from Albie, he gave them both a set of red, yellow, and orange cobs from Song Bird Farm. Albie also donated his entire 2016 crop of tobacco seed pods to the Nibezon group to plant, harvest, and use in their ceremonies which bridge to the spirit world.

“I saw a lot of pain and grief at the event but no expressions of anger and ceremonies from Native groups from all over the world were generously shared with us all. It was a powerful opening year of a twenty one year cycle which will spend four years in the East, four years in the South, four years in the West, four years in the North, four years back in the East, and finally one in the middle. We were all challenged to get on board. The food was all incredible and abundant. Everything came together from gifts and donations of materials and time. There was no charge for anything. The last night a group of about thirty people spent the night in a huge tipi singing and drumming and praying for everyone and the task of correcting our relationship with the Earth and the Water. Sherri Mitchell, the event organizer, had a recurring dream of opening the door in the East for this healing event for nearly twenty years. It finally became clear that it was time to get it going. Much healing happened in this beautiful place and throughout the ceremonies. It was a very powerful event.

More than any other grain, I believe that sharing seeds and growing corn with Native people gives us our best chance to work together and to learn from one another and forge a deeply heartfelt bond to wrestle with the challenge facing us all of how to live in a good way on this sacred Earth.”