News from the Maine Agricultural Fair 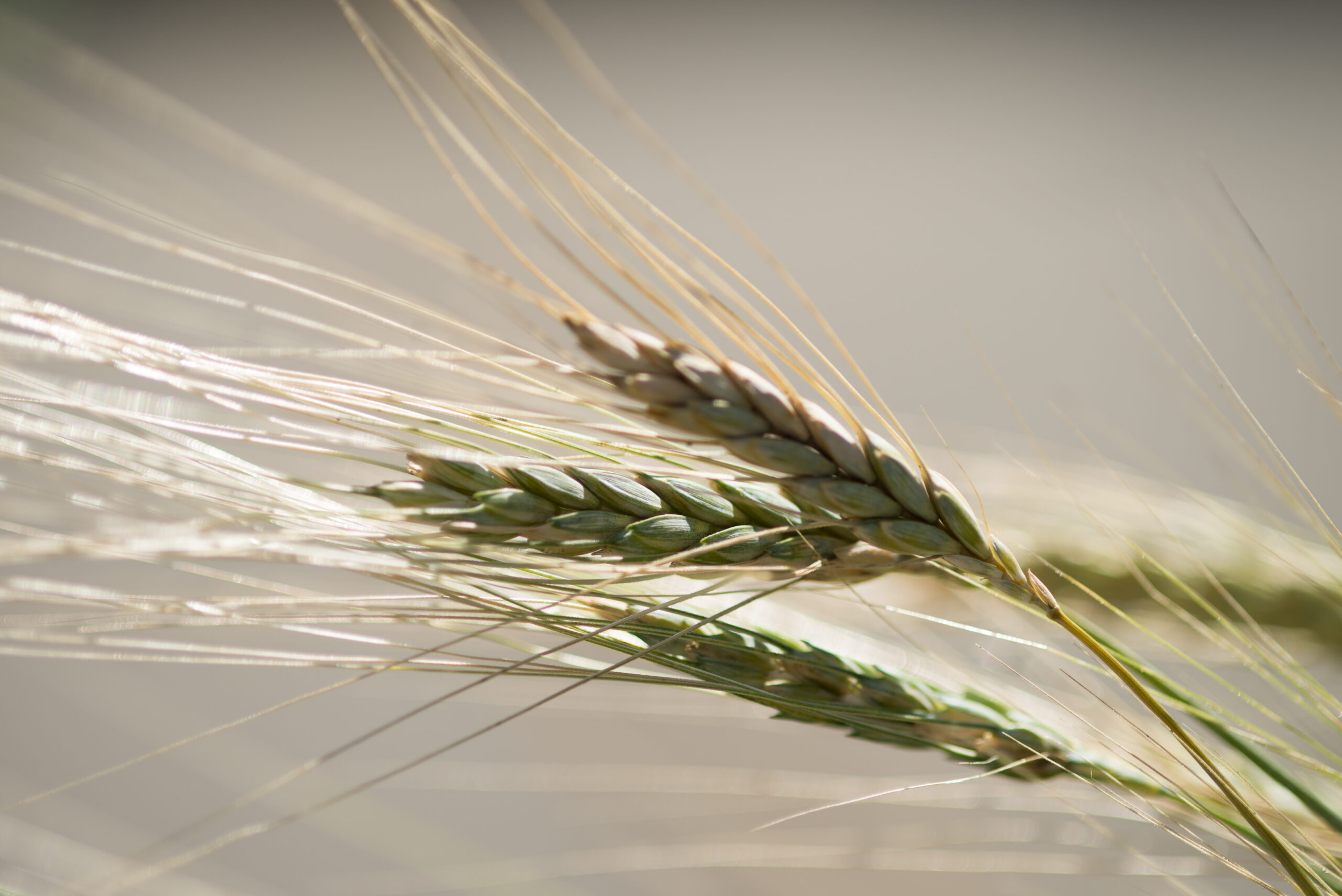 The Maine Grain Alliance had a table again this year at the Maine Agricultural Fair at the Augusta Civic Center January 9-11. The fair is an annual event hosted by the Maine Department of Agriculture. We have a great location in the first row of booths directly across from the entrance.  Our display of sheaves of grain attracts the attention of many attendees and generates interesting conversations. Old friends stop by, and there are lots of folks new to us who stop, chat, and sign up to get our information. Because it’s an agricultural fair, most of the people are farmers and growers, and so we do a lot of talking about grains that grow here in the state.

The Maine Grain Alliance instituted the Heritage Seed Restoration Project in the summer of 2013. Missing in the revival of Maine’s grain economy was the role of the seed nursery — to take small quantities of rare varieties and exponentially increase the seed supply to commercial quantities. Our objective was to obtain unique varieties of wheat, rye, emmer, and einkorn from seed savers and grow them out with the goal of making them commercially available to our farmers. We started with four farmers and handfuls of a few varieties of grains. We were able, however, to get 14 pounds of winter Sirvinta wheat that originally came from Estonia, from the noted seed saver Will Bonsall of Industry, Maine. We needed varieties that liked a climate similar to Maine’s. Because the common disease of grain, fusarium head blight, is the result of wet weather during pollination, we sought grains that have proven themselves in cool, moist climates.

Since the onset of the program, we have been able to substantially increase quantities of a number of unique varieties of grain and make them available to growers in Maine and Quebec. We have mostly given the seed to whomever asked for it, but in cases of larger quantities, we have asked for a share of the harvest in return so that we could give it out again. For example, from that modest quantity of Sirvinta wheat from Estonia, there are now over 15 acres of it growing this season.

At the ag fair, we had a half dozen varieties of grains on display in the sheaf and also bags of grain for people to see. We had a sheaf of Sirvinta wheat, a bag of the seed, and a bag of Sirvinta flour that is being milled at Maine Grains, the grist mill in Skowhegan. We also had on display some Bere barley, and we talked to a lot of farmers about the future of growing grain for the exploding craft beer market. We had displays of some other grain growers and producers here in the state: Songbird Farm from Unity, which grows and mills grains and flint corn; Grange Corner Farm in Lincolnville, which also grows and mills grain; Aurora Mills and Farm, an organic farm and grain mill in Linneus; Wild Folk Farm, which grows a number of varieties of rice in Benton; Blue Ox Malt House from Lisbon Falls; and Maine Grains, the grist mill in Skowhegan. The Maine Grain Alliance is very happy to promote these Maine grain-focused businesses.

We really enjoy the connections that we are able to make at the ag fair. A farmer came by and told us about a combine he had for sale and left his contact information. The next day another farmer came by looking for a combine, and we were able to pass along the address. Another farmer stopped by with a plastic milk jug full of grain that had been in his father’s barn since it had been harvested in 1980. He had no idea what the variety was. I took it home and did a germination test, but unfortunately none of the seed sprouted. I’ll try again. Another farmer came by and talked about his crop of Bloody Butcher corn. He promised he would send some to us, and he did. Later on that afternoon, a distiller stopped by and told us he was looking for Bloody Butcher corn. He took a phone photo of the contact information. I hope these people were able to connect. A number of folks stopped and talked to us about wheat sensitivities, which resulted in some very interesting discussions.

We were also able to tell folks about the new location for the Kneading Conference this year (KVCC in Fairfield) and about the increased number of educational programs on baking that we’re offering throughout the state this year. We had a lot of fun meeting new people, renewing acquaintances, and spreading the word about the work of the Maine Grain Alliance.