Notes from the Grain Growers Conference 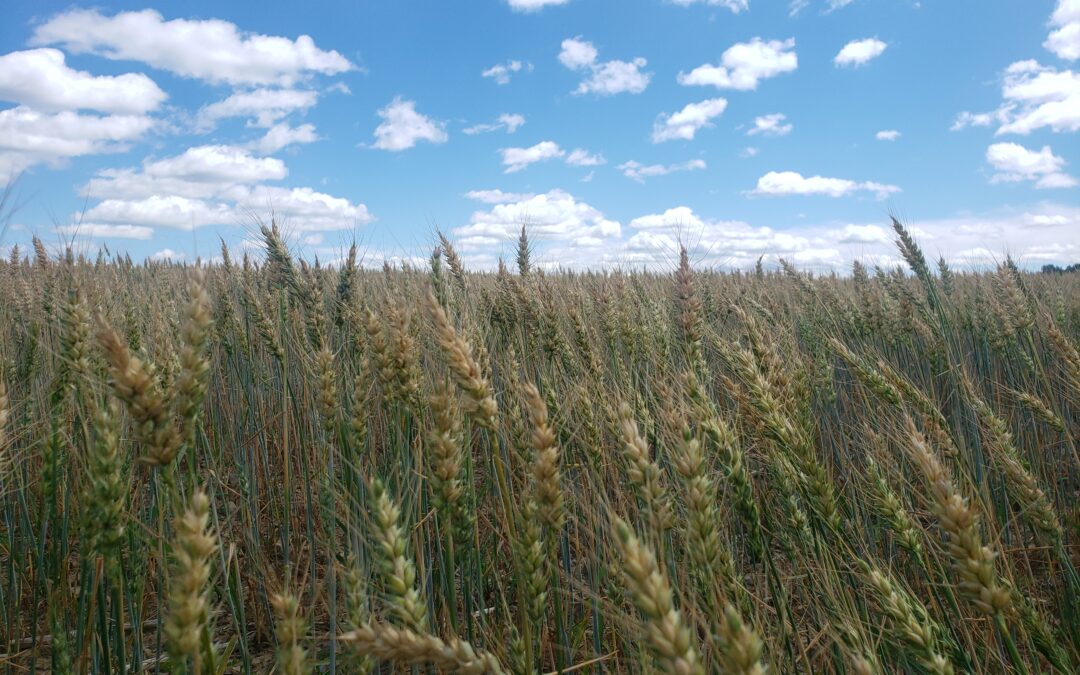 From Amber Lambke …It was great to see so many familiar faces from Maine, Vermont, New York, and beyond coming together for a full day of discussions on what’s happening with local grain in the region.

I was interested to attend a breakout session on rye led by professor and master baker James McGuire. He talked about why rye breads are more successful when the grain is freshly ground. He also revealed tips on the fineness or coarseness of the grind and how that will impact the performance of breads. In German baking traditions, a dough recipe might call for the inclusion of 5 to 7% old rye bread crumbs! A resilient crop in poorer soils, rye holds promise as a grain that can not only add beneficial nutrients and flavor to our daily bread, but better utilization of farmland.

Will Bonsall, a seedsman and author from Maine, presented a workshop on seed varieties. I knew that buckwheat was not a grain, and related to rhubarb, knotweed sheep sorrel, but I had no idea that it can “eat rocks”!  The buckwheat plant dissolves calcium phosphate in the soil, essentially, making nutrients available that can be taken up by other crops. It makes poor soil good.

With our flour mill in Skowhegan now processing over 800 tons of grain a year, I am always investigating ways to utilize our byproducts. In a presentation by Rick Kersbergen, organic forage and dairy specialist from the University of Maine, I learned about the nutrient value of oat hulls for dairy cows and the digestive capability of cows for grains like wheat and spelt.

Overall, it was an informative day, capped by a stop at Red Hen Bakery and Nutty Stephs in Middlesex along the ride home on Route 2 to buy bread, granola, and chocolate!From Richard Roberts …It’s always fun going to the Grain Growers Conference in Burlington, Vt. The theme this year was “Diversifying Grains for a Changing Climate.” Both the University of Vermont and the University of Maine have been doing a lot of field trials trying to find varieties of grains that are suited to our Northeastern climate.

The keynote speaker this year was Jessamyn Waldman Rodriguez, who is the founder of Hot Bread Kitchen, a bakery in Harlem that trains women to become commercial bakers. Jessamyn was a very inspirational speaker, and I would encourage you to look up the work she’s doing.After the keynote address, grain growers and buyers are invited up to tell the audience the types of grains they are growing and the types they are buying. It’s an annual event and a good way for growers and buyers to introduce themselves to each other and to the members of the audience. It’s a great way to make connections.There are two workshop sessions before lunch and three after. Because the conference is grower-focused, most of the workshops are directed toward farmers; however, there is also a series of baker-focused workshops. The baking workshops were about pizza, tortillas, and making pasta. Since I’m more into the grain side of things, I attended the grower workshops. I got a chance to hear Jack Lazar, the guru of grain growing in the Northeast, talk about no-till farming. I think I should point out that “no-till” actually means “low-till.” There is bound to be some sort of tilling going on at any farm, but the goal of “no-till” is to minimize the amount of cultivation (and therefore compaction of the soil), keep fuel costs to a minimum, and above all, encourage soil health.Lowering the amount of time disturbing the soil was a recurring theme in all the workshops I attended. The workshops in the afternoon addressed similar ideas as well as growing diverse grain crops, and Thomas Dewavrin, from Les Cedres farm outside Montreal, showed the success his farm and mill has achieved without the use of animal manures. He feels that green manures are the way to avoid excess weed proliferation in the fields.

At the same time as all these workshops, there was an ongoing workshop on mill stone dressing. Blair Marvin and Andrew Heyn were teaching how to rejuvenate your old mill stone surfaces. Fun stuff.

It’s great to see what your contemporaries are doing and to see old friends. I especially enjoyed spending time with Daniel do Rossier, a baker from Montreal, who is just getting into growing out different of varieties of grain on land he has in Quebec. We always share seeds and ideas. Daniel comes to the Kneading Conference and will be hosting a workshop again this year at the KC at our new location at Kennebec Valley Community College. He says he’s looking forward to harvesting some grain from the KVCC farm and then baking with it.

That’s it for me from the Burlington event, but I should mention that the Maine Grain Alliance had not one but two booths at the Seed Swap at the MOFGA education center hosted by FEDCO. I staffed the booth on wheat and other cereal grains, and Albie Barden and his able assistant, Michelle, ran the booth on corn and our Corn Keeper section of MGA’s Heritage Seed Restoration Project. The event was very busy as usual, and we enjoyed sharing seeds and info with many, many people who stopped by.